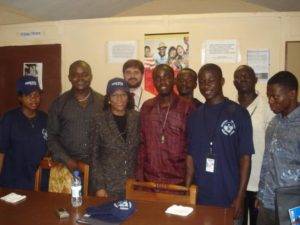 Prison Watch Sierra Leone is an indigenous Human rights NGO formed in 1996. It is non-profitable and non-political organization. It was formed to serve as a focal point relating to all issues of detainees/prisoners and detention in the country.

It was formed to monitor human rights violation and abuses in detention centers throughout the country. It is managed by a small team of staff inspired by their human right conviction, who have worked together for the protection of the right of people in detention.

Since its inception, PW-SL has monitored and reported on prisons and detention condition and provided training for detention officers and civil societies members on human rights.

The driving force behind our work is to ensure that people deprived of the liberty are held in safe custody and under humane condition.

Through monitoring PW-SL contribute to the maintenance and protection of a just, safe and humane society.

In the Sierra Leone situation generally, public perception about prisoners and detainees is a belief that one should not talk about prisoners. The public perceive prison/detention centers as a place where people should be sent to rot. Penal Institutions is a trend that we have observed does not meet international standard. People who attempt to advocate on their behalf do not receive public sympathy and support.

PW-SL however believes that people should be sent to prison as punishment and not for punishment. We view the deprivation or the restriction of individual either as a result of law or court order as punishment in itself.

It is our hope that people who go to prison or who are detained do not work out more dangerous than they entered but rather reformed.